Live at the Spirit 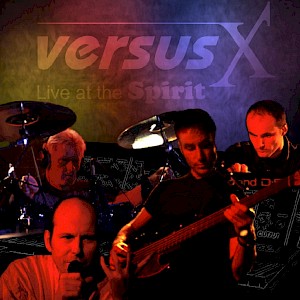 As the final curtain falls, she´s dropping off - lost in a maze

and in the silent corners of her mind a rest from daylights blaze
And as she falls, she´s well aware that it´s
just a symptom of her trial to escape
for to flee the triteness of reality

of a major scale artists agency
sits an ill-humoured talent explorer who -
stares in despair at the chart of the
turnover curling in fine illustration -
the lies in disguise of a multi-dimensional -
colourful - push and pull...

Something reminds him - a week ago - at the party:
"go meeting the who is who"
with all those young artists are swarming ´round -
those whisked-off figures playing lost and found
And the young girl who stayed till the party was over -
trying to take her chance
All that he would say: "Try another time - don´t wait for us -
hope you´ll make it fine - and some day soon

Such a shame - keep on talking those terrible phrases - he thinks by himself but then
All that he would say: "Try another time - don´t wait for us-
hope you´ll make it fine - and some day soon

you may get the chance

but today we can´t come your way"

In silence I begin to wonder

Which kind of force creates this restlessness inside
Where do I want to go so fast and absolutely sure to be on my way ?

I must proceed, must carry on, that's what I know for certain
Direction clearly specified but the focus is still blurred
A fog in constant motion - mysterious and challenging
The closer I approach - the more complex it becomes

Hours were lasting, seconds keep dry
no ending to see, no light in the eye
wanting the breakthrough, seeking the chance
clutching each straw that leads through the fence

The Mirror of Division

Here in the blink of an eye - there's a motion